As the country mourned the deadliest tragedy in years and tried to cope with its aftermath, the death toll from the Halloween crowd crush in Seoul has risen to 154, including 26 foreigners. According to officials at the Central Disaster and Safety Countermeasures Headquarters, the death toll could rise further, as 33 others remain in serious condition. In addition, 116 others suffered minor injuries. 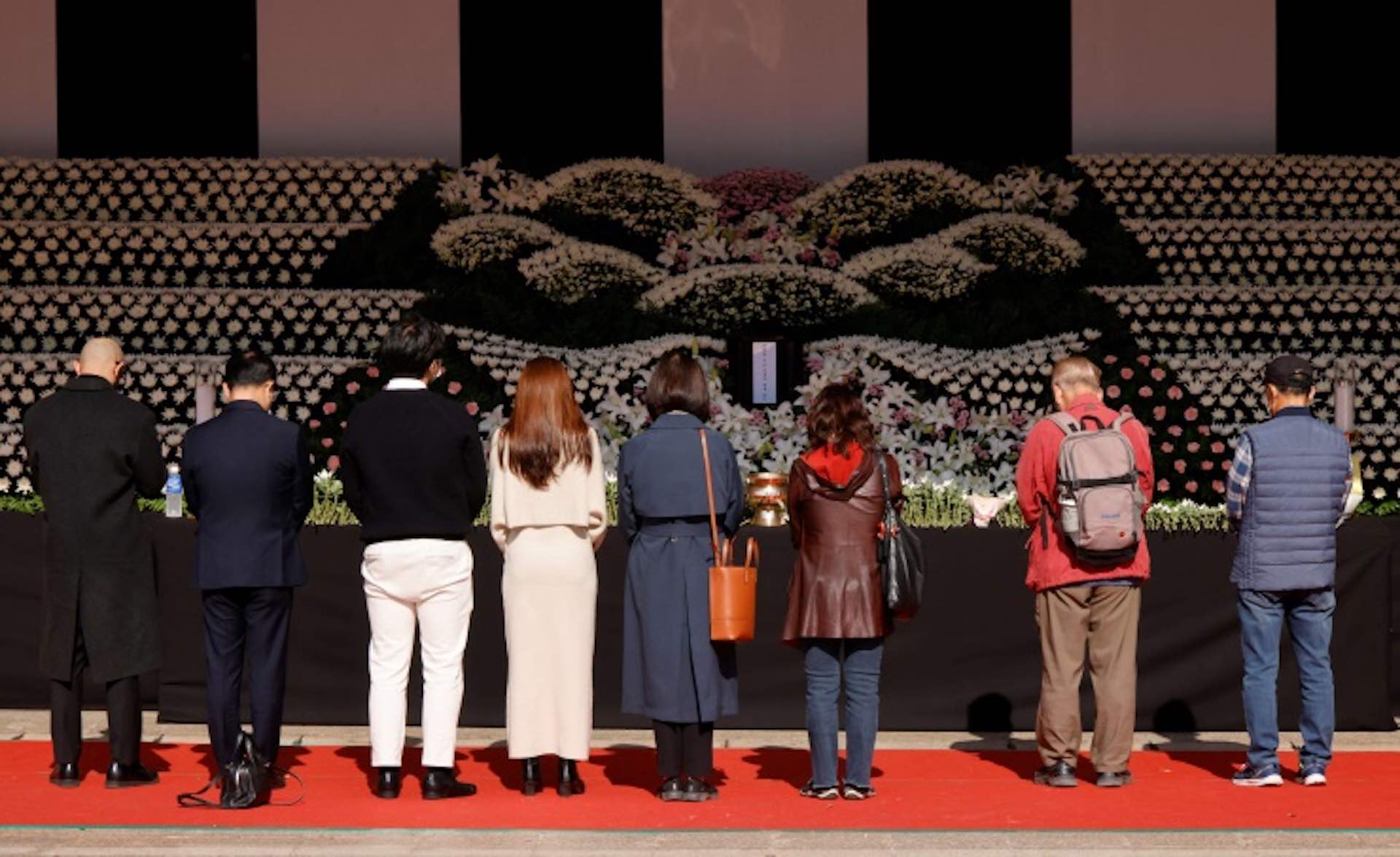 Korean news agency Yonhap reports that officials have identified all but one of the dead. There are 26 foreign victims, including five from Iran, four each from China and Russia, two from the United States, two from Japan, and one each from France, Australia, Norway, Austria, Vietnam, Thailand, Kazakhstan, Uzkistan and Sri Lanka.

Five high school students and one middle schooler were killed, all from Seoul, the education ministry announced. It said five other middle or high school students were injured, and two were hospitalized. In Seoul’s entertainment district of Itaewon, a massive crowd of Halloween partygoers packed a narrow 3.2-meter-wide alley on Saturday night. Several of them began to fall over, causing others to fall down like “dominoes” and pile up.

South Korea’s most tragic disaster since the Sewol ferry sank off the south coast in 2014 and killed 304 people, mostly high school students, was the most deadly crowd crush in its history. The site of the accident is a downhill 40-meter back alley that links a busy restaurant district with a main street, where about six adults can barely pass at the same time. Thousands of people visited the area for Halloween festivities this year after the government lifted its outdoor mask-wearing mandate.

The exact cause of the accident is currently being investigated by the government. Starting Sunday, President Yoon Suk-yeol has ordered the lowering of the flags to mark the beginning of a week-long period of mourning. Many parts of Seoul and the nation have set up memorial altars for the dead. Among them are Seoul Plaza in front of City Hall and Yongsan near the accident scene. Seoul Mayor Oh Se-hoon, Prime Minister Han Duck-soo, and other government ministers paid tribute at the Seoul Plaza on Monday.

Porsche 911 Carrera T sports car that is lightweight and powerful

Turkey does not set any conditions for dialogue with Syria